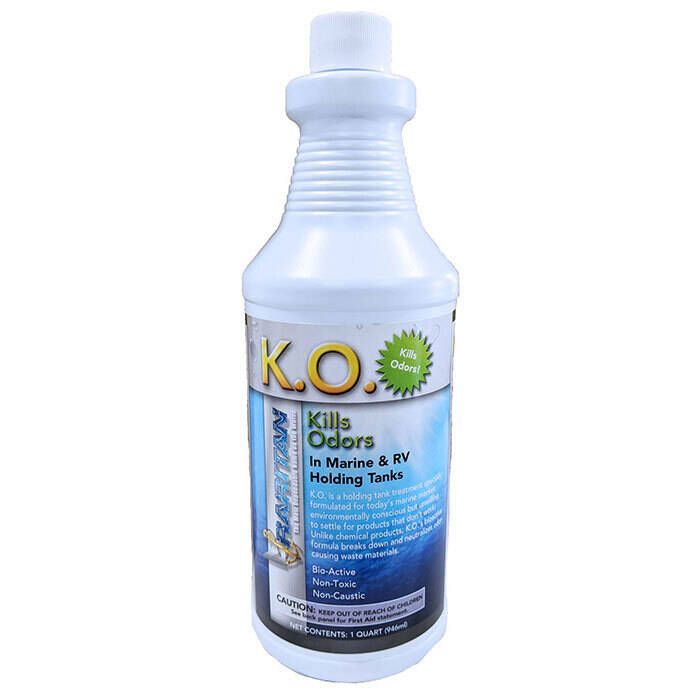 Raritan K.O. Kills Odors Bioactive Treatment is a holding tank treatment specially formulated for today's marine market. It eliminates odors at the source and is a bioactive treatment, NOT a chemical product.

Note: K.O. should not be used in combination with ordinary bowl cleaners/chemicals. Raritan C.P. (Clean Potty) is the only cleaner that can be combined with K.O. because C.P. is a bioactive cleaner, that uses no chemicals, so it won't kill the good bacteria in K.O.

Click Here for a Brochure for this Product (2.19 MB)