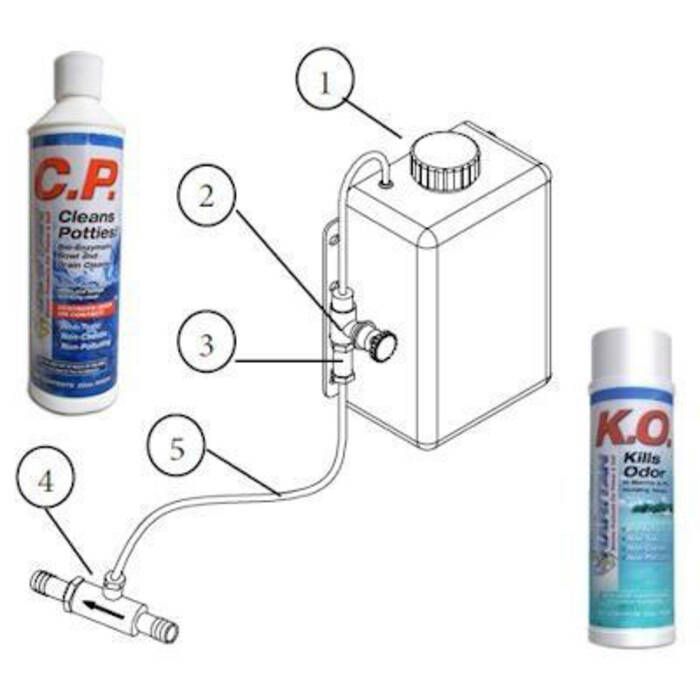 The Raritan K.O.2 Knock Out Odors Kit dispenser (Tank) adds a preset amount of diluted C.P. (Clean Potties) with every flush. The Bacteria introduced by C.P. breaks down organic matters in the inlet hose and bowl rim which in turn prevents sulfide (rotten egg smell) generating bacteria from growing.

Note:K.O. 2 is NOT for Use with pressurized freshwater toilets.

Click Here for a Brochure for this Product (2.19 MB)

This product can expose you to chemicals which are known to the State of California to cause cancer, birth defects or other reproductive harm.

For more information go to www.p65warnings.ca.gov.